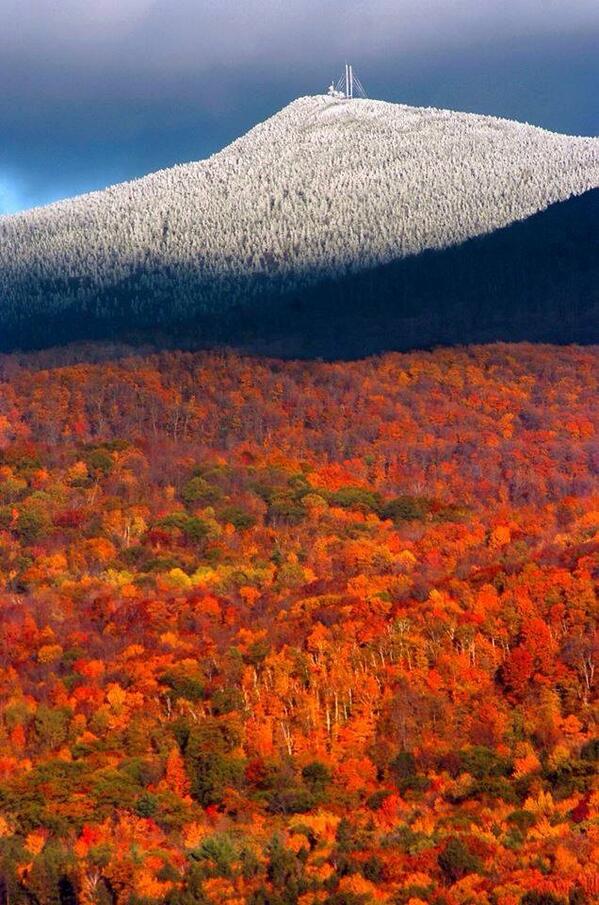 Annual precipitation totaled 51.87 inches, which was more than three inches wetter than the 120-year average and about 1.5 inches drier than the 1981-2010 average. There were 22 days with thunderstorms during the year, which is exactly average.

Snowfall for the calendar year totaled 99.3 inches, or more than three feet above the long-term average of 61 inches.

The annual mean wind speed of 12.2 mph was the second lowest on record behind 11.8 mph observed in 2012. This continues the several decade long trend of decreasing mean wind speeds on Blue Hill. The peak wind gust for the year was 74 mph from the S during the passage of a strong cold front on January 31st.

The photo here of Killington in Vermont was taken in October 2013 and was provided by Jim Cantore of the Weather Channel.

Thank you for supporting the scientific and educational mission of the Blue Hill Observatory and Science Center!

There are many ways to lend your support:

How We Serve the Community

Learn more about the Observatory's observations through graphics, text summaries and data.

BHO sponsors conferences, events and special activities to engage the community about science.

BHO provides many science programs for educators, students and the general public.

Visit the Observatory on Great Blue Hill to learn about climate and weather or tour our historic facility.

Thank you to
our sponsors